How can we help you today?

Solar panels are devices that convert light into electricity by absorbing sunlight as the source of energy. They consist of a connected assembly of solar cells that can come in different sizes and electrical specifications, and are able to produce voltage and current. The solar cell is considered the basic building block of all solar panels that starts out from silicon and becomes a semiconductor that acts as both an electrical conductor and insulator when exposed to sunlight. The solar cells are doped during manufacturing, usually by other elements such as boron and phosphorous, to become semiconductors and allow for the flow of electrons. 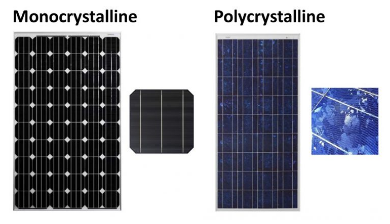 Another important spec value to consider in the solar panel labels is the irradiance value, which is the measure of solar power as the rate of solar energy power onto the area of a solar panel surface. It is usually measured as W/m^2. 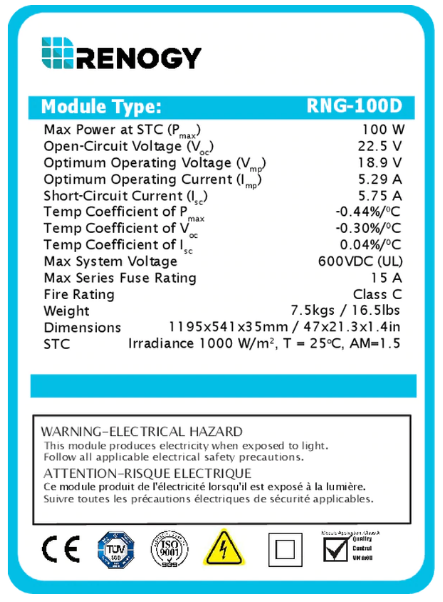